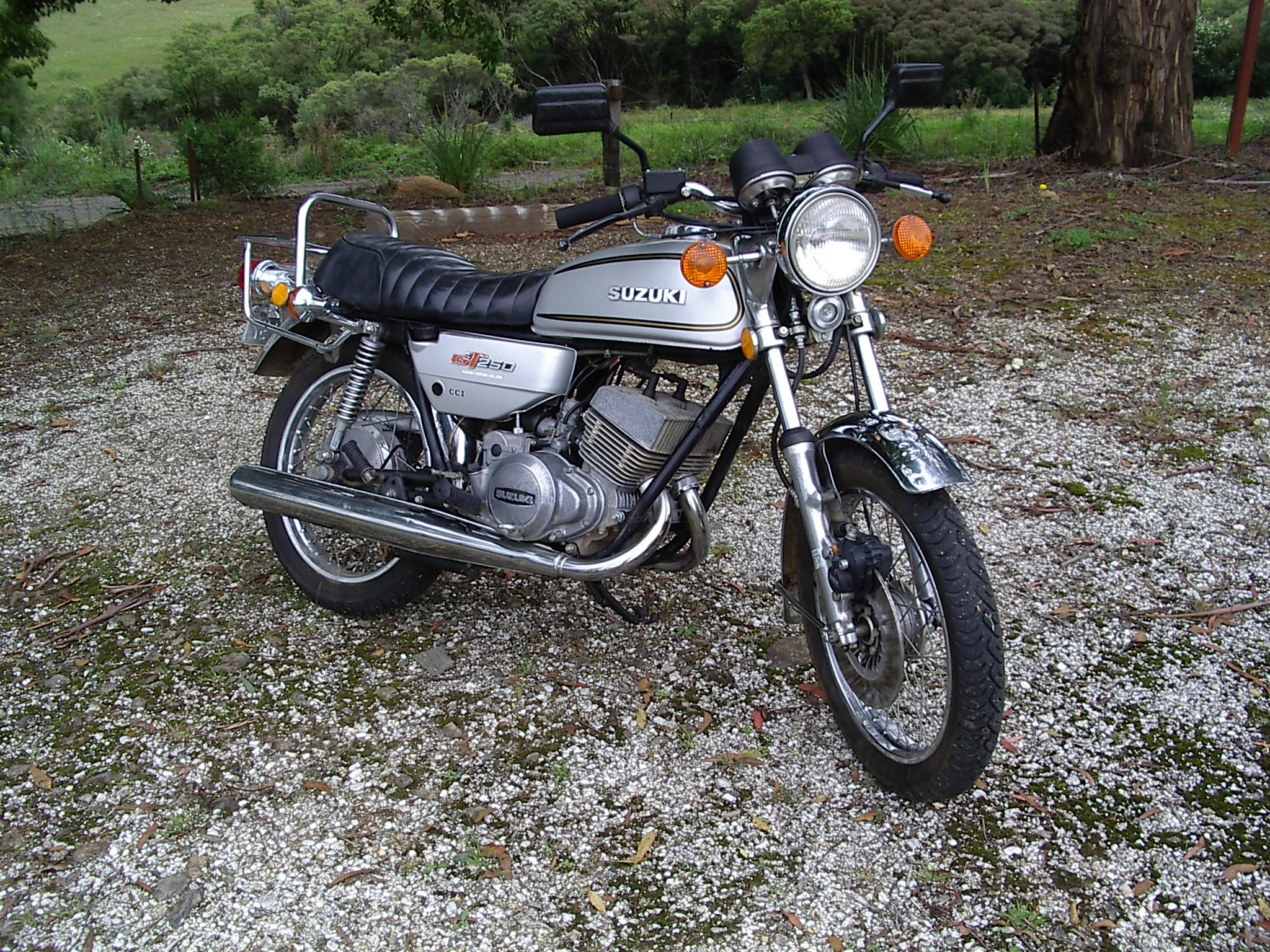 Born To Be Mild

What is it about the desire to be hauled along the roads and byways on the back of a motor bike? It’s not as though it’s the most comfortable mode of travel.

The seat never seems to “quite” fit the derriere, the view is limited to say the least. The noise of the wind buffets your eardrums mile after mile, and the bugs play suicidal games with your visor (or face if you prefer the open variety of helmet). Not to mention the stones and other debris which seem to have an affinity with those parts of your anatomy not protected by Kevlar or padding!

We entrust our very lives to the helmet in front which obscures our view to a vast extent. And oh, the fresh air! Being in tune with nature. You can really smell those trees and blossoms as you hurtle along, mixed into a pot pourri of road kill and petrol fumes!

You’ve been clinging like a limpet for the last hour and a half, and that café stop has finally caught up with you. No matter how much you wriggle and squirm to find that comfort zone, it’s simply no good. Each minor deficiency in the road surface, only seeks to remind you that you shouldn’t drink and ride! Try as you might to gain the attention of that figure hunched in front of you, he’s far too engrossed in the euphoria of “being out there” , assuming that you too are with him in this other dimension. As you prod and scream and wave your arms in desperation, it simply encourages him to smile inanely in collusion with your supposed “joi de vive”!

The miles go by as if in a blur, and every truck stop and fuel station taunts you with it’s inaccessibility.

I love the way the truckies nearly knock you like a ten pin as they cruise along past, smugly, in their air conditioned stereo equipped capsules.

Of course there’s also the fellow travellers in their streamlined, climatically controlled, “quiet” luxury cars, who delight in seeing just how close they can get to your rear light before you skid on an oil patch. They may then go freely over the top of you instead of going the long way around!

So far I’ve only covered the positive aspects of pillion riding. Beware. There are down sides as well!

It’s as though you are lost in a desert and that “flushing” oasis is never quite near enough.At last you sense the slowing down of the metal monster that has held you captive. Your life passes in front of you as you behold a sign ‘LADIES’.

As you stagger off in search of relief, shedding layers as you go, (it takes about half an hour to find yourself, contrary to the story most spiritualists would spin you), you hear him crooning to the motor bike, “I thought you could do with a bit of a break!”