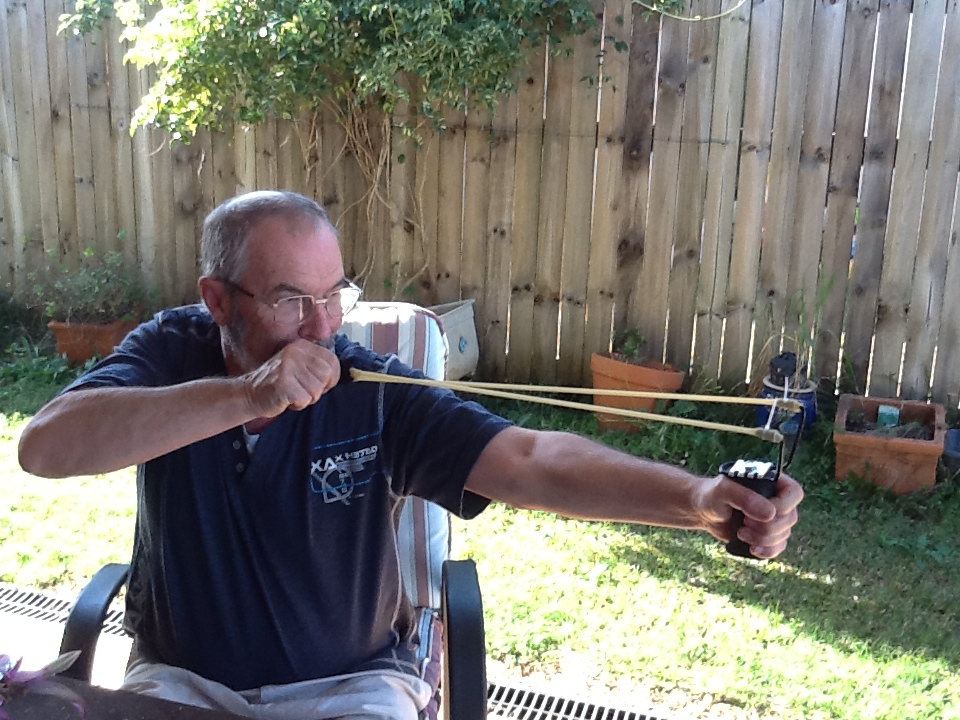 I am Detective Inspector Shepherd of the Scotsman’s Yard.

This is a story of a terrible crime of fashion.

Tuesday, May 8th 2007, I was called in to investigate a kidnap/siege situation.

In my job nothing comes as a surprise.

The scene of the crime was a property called ‘Woolitch’ not far from the town of Baccabuggry.

The atmosphere when I arrived was full of tension. It appeared an angry mob of sheep had surrounded one – farmer Shorn Close – in a cunning and well-planned manoeuvre. They proceeded to herd him into the woolshed where he was baled up in pen number four. He was then bound and gagged with sky blue eight ply.

The spokesheep of the kidnappers was one Baa Baa Indigenous sheep and it didn’t take long to figure out he was the brain behind this whole daggy tail. Upon interviewing the said spokesheep, it transpired there had been trouble looming for some time. Apparently, farmer Shorn unable to sleep had been counting sheep over several weeks night after night, until eventually even the sheep themselves were unable to nap. This caused severe unrest amongst the flock.

I informed Baa Baa there seemed to be more to this story and maybe he was trying to pull the wool over my eyes. I am renowned for my ability to outstare my adversaries. Some call me ‘The Sheep Whisperer’. Baa Baa finally admitted there was more bulk to this yarn.

It seems this was no band of lice ridden, fly blown ovine. They had evolved over generations into this close-knit, superfine wool production team. Everything in the camp was low micron until the new workplace agreements were drawn up. They were not at all satisfied with the outcomes.

Somehow, I had to get a yarn going between Shorn and this disgruntled mob. Baa Baa agreed to allow me to enter the shearing shed in order to purly.

The sea of sheep nervously parted as I slunk through the middle, crouched low, whiskers twitching, ears forward and eyes piercing the frightened stares of the woolly gathering. My large, wet, black nose was taking in the multitude of scents. Daggy wool, sheep droppings, and the all-pervasive smell of wool fat to name a few. The long, black and white fur of my body was collecting particles of this ovine soup as we entered the shed. I would examine these forensically at my leisure.

I wasn’t prepared for the scene I encountered upon entering the shearing shed.

A breakaway group had placed farmer Shorn into the wool press and were threatening to turn him into Class AAA Woolitch Fine. His gumboots had been removed – no point contaminating the bale – and his hat perched askew his head, something akin to a lampshade after a baa room brawl. This was a true Graziers Alert. Relief suddenly replaced the fear and hopelessness in Shorn’s eyes, as he saw me nip the nearest hoggets out of the way.

“What have we here then?” I snapped. “Looks like a clear case of illegal wool gathering.”

A large wether named Isle, with mutton chop cheeks stepped forward. “Shorn and his team are fleecing us out of our rights. These new workplace agreements are all different. We are all the same here!”

“Yes,” came the chorus of sheep, “we are all the same baa none!”

“I was only trying to be fair Isle,” piped up Shorn.

“O.K. steady now, I think we can come to some arrangement here. If Shorn agrees to alter these contracts so all have the same benefits, will ewe agree to release him and cast off?”

There was considerable muttoning and mumbling as the sheep discussed the shear brilliance of this idea. Shorn was only too happy to agree to the proposal, and was visibly relieved when there was wholehearted bind off from the mob.

We walked free of the closely woven confinement, and I trotted proudly beside Shorn, his gumboots reunited with his feet. I held my head up, slightly arrogantly and waved my tail confidently in the breeze.

The many who had flocked to witness this woolmark event, cheered as the mob was dispersed and returned to their grazing. I arrived back at The Scotsman’s Yard to be surrounded by my peers, tails wagging, and howling a chorus of my favourite song… “Only ewe…!”